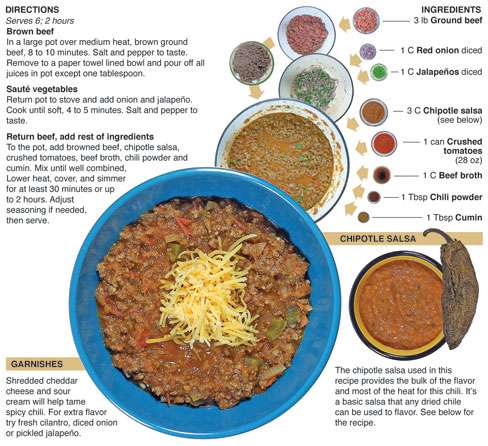 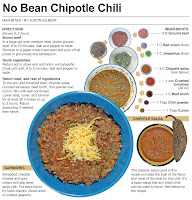 When I first got there, I didn’t know the Riders had sponsored the event, but as the crowd grew it became clear. The members donned leather and wore their patches proudly. Many in the group looked like guys who loved the open road on a motorcycle, but these men weren’t Sons of Anarchy or Hell’s Angels. They are sons and members of the American Legion who came together to help veterans down on their luck. 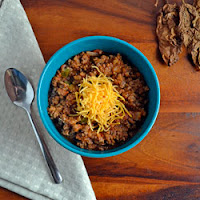 The American Legion Riders have more than 100,000 members in over 1,000 chapters throughout the U.S. They organize massive fund raising events for wounded veterans and have raised millions for countless charities. I had a great time and look forward to the next event. Here is the chili recipe I entered, 1 of 15 on display Saturday night. 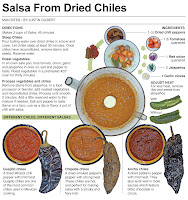 The chili is flavored with a chipotle salsa that I usually make for tacos. It’s tomatoes, garlic, onion and jalapeno that have been oven roasted, along with reconstituted dried chipotle chiles. The mix is then processed into a smooth salsa. By itself, it has a great smoky flavor and I thought it would be the perfect seasoning for the meaty chili I was making for the cook off.

I kept the chili simple. No beans, thick and very smoky. To compliment the chipotle, I threw in a good amount of cumin, which has a smoky flavor of its own.

At the cook off they gave prizes for the top three as voted on by everyone there. I didn’t place in the top three but it didn’t matter, I tasted all of the entries and everyone of them was unique and carried the signature of the cook. All had great flavor, it was really anyone's ballgame. My chili was the only one that used the chipotle as the main flavor. Some entries had several chili peppers, others had special ingredients like sweet corn or mushrooms.

All three of the winning chili entries were in arms reach of the ballot box, bowls, spoons,  napkins and garnishes - I wondered if the physical placement of the entries helped in getting votes. The chili I thought was hands down the best (not mine) was the furthest away from the ballot box and bowls.

Many of the chilies were labeled “hot” or “spicy” I was looking forward to them to see how hot they were. Surprisingly, most were mild by my standards. Next year I am going to take two entries – a mild one and a “hot” one. But I am going to make it really hot. Not inedible, but hot enough that you’ll not forget it any time soon.

If you like to cook, I highly recommend entering a food competition like the chili cook off. I had a great time, met some interesting people and helped raise some money for veterans, all in all, it was a fantastic time. 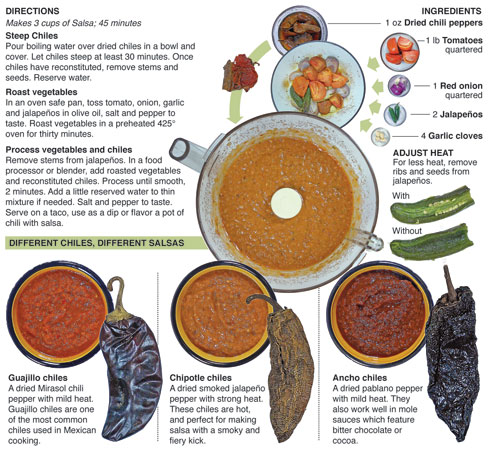 Posted by behindthebites@gmail.com at 12:55 PM