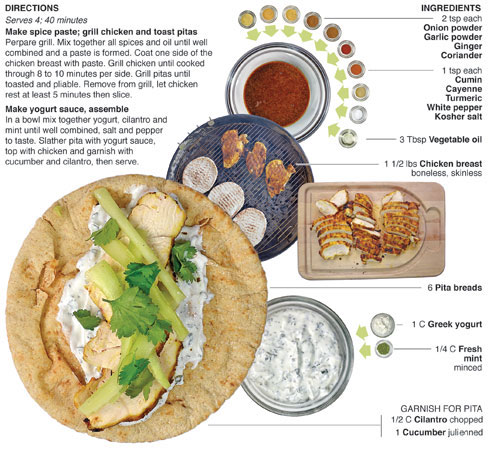 I started to become a real Food Network junkie around 2004. I was really into cooking by that time and was mostly following magazines like Cuisine at Home and Food Everyday. It wasn’t long before my television was tuned to the Food Network all the time except for occasional sporting events.

I made many of the recipes presented by the different network personalities. One star emerged as my favorite, not to just watch cook on TV, but my favorite cook to get recipes from and make myself.

Of all the Food Network Stars, I have made more of Bobby Flay’s creations than any other food TV personality. At least half of all recipes I have made from the Food Network have been his. I like spicy and Southwest and that is what he does. This recipe (although it’s Indian) is one of the first of his that I made after seeing him make it on his show “Boy Meets Grill.”

I give him credit for the spice paste here. It's the exact recipe, but a lesser amount. I use teaspoons – the original recipe calls for tablespoons. The rest of the recipe I have adapted for my taste but the spice paste really gives this dish its flavor, so I must give credit where credit is due.

I don’t cook Indian food often so I kind of need to follow the Indian recipes I make exactly. I don’t know enough about the cuisine yet to completely improvise. I could of course, but I learn a lot from following recipes exactly the first time I make them. It helps me learn different flavor combinations and techniques. Once I have made it, I then adjust to fit my taste. Here I use the spice paste from Mr. Flay’s, but the rest is a variation of the original recipe. 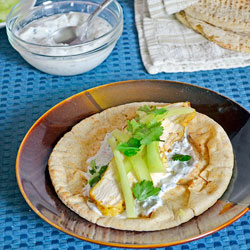 BEHIND THIS BITE
This recipe was created just for my blog. I stay away from recipes that would require $50 in spices for the print audience. I had most of the spices, but I still had to spend close to $30 to make it and I only needed to purchase ginger and turmeric. I had all the other spices on the list. (Mostly because I have made this before.)

This is a great way to beef up the panty. I'm able to make Indian food at any time because I keep my pantry stocked for it. If you're going to make a recipe where you have to buy a number of ingredients, it's really a great opportunity to add a variety of cuisine to your arsenal. This recipe could be an introduction to Indian food, because next week when your in the mood for these flavors, they're around. Or – if you hate it - your out $50 bucks in spices. If so, call me, I'll take the stuff off of your hands and turn it into yummy goodness!