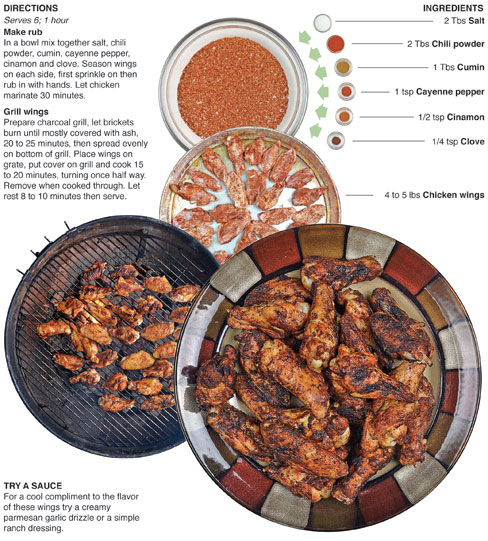 These spice rubbed chicken wings are the second of two recipes intended for the same snack.

Find a complimentary sauce to these savory spiced wings here.

Clove is a spice native to Indonesia and used all over the world in cooking. It’s difficult to harvest, making it more expensive than other spices. The Chinese used it as early as the 3rd century B.C. and Marco Polo mentioned clove plantations in his travels through the East Indies in 13th century.

In the United States it has many culinary purposes including use as a pickling spice or an ingredient in mulled wine and apple pie. Clove can be used in both savory and sweet dishes. Its distinctive aroma comes from eugenol which is also present in cinnamon and makes the two a natural pair that work well together.

Here, I incorporate clove into a rub for chicken wings. I add a tiny amount along with cinnamon for just a hint of flavor – too much will overpower the recipe and therefore must be used judiciously. The two impart an aromatic and fragrant taste to the wings and are just noticeable along with the flavor of smoky charcoal, making this recipe a must-try gourmet treat. 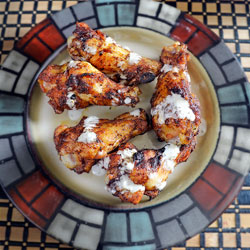 After destroying a couple of chilis and a steak or two I have finally gotten the clove thing right!

The secret - use just a tiny amount.

Although there is only a quarter teaspoon in this recipe it still makes its presence known in the rub - in the best of ways. It provides an aroma and a hint of flavor (along with the cinnamon) and it’s just enough to be noticed – but hard to identify. Both of the testers I served it to ended up asking what the secret flavor was.

This is the first time I had accomplished this with clove. Like I said, I have destroyed a couple of other recipes with it. (One was a chili that was ruined with a full teaspoon of the stuff, which is really enough for about two gallons of chilli – not 2 quarts.) I can’t wait to use my smoker this summer at the family campground - just to use a rub like this one on a couple of whole chickens I plan to smoke! 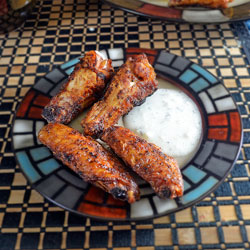 Make rub
In a bowl mix together salt, chili powder, cumin, cayenne pepper, cinnamon and clove. Season wings on each side, first sprinkle on then rub in with hands. Let chicken marinate 30 minutes.

Grill wings
Prepare charcoal grill, let brickets burn until mostly covered with ash, 20 to 25 minutes, then spread evenly on bottom of grill. Place wings on grate, put cover on grill and cook 15 to 20 minutes, turning once half way. Remove when cooked through. Let rest 8 to 10 minutes then serve.
Posted by behindthebites@gmail.com