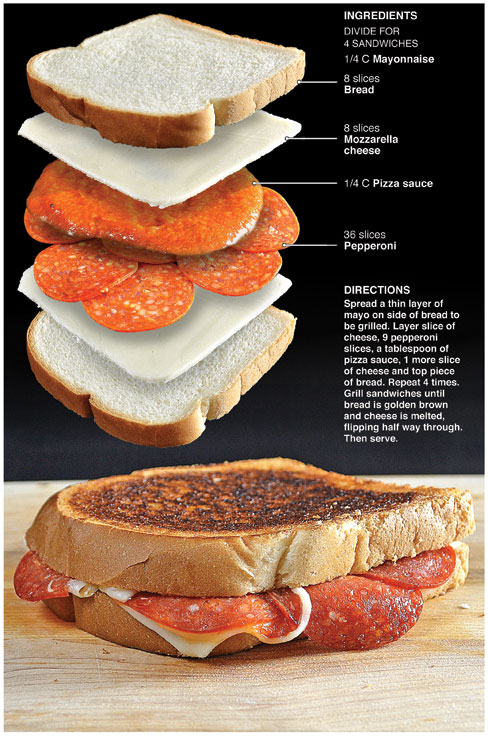 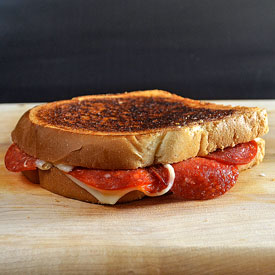 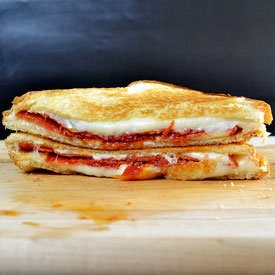 Assemble, grill
Spread a thin layer of mayo on side of bread to be grilled. Layer slice of cheese, 9 pepperoni slices, a tablespoon of pizza sauce, 1 more slice of cheese and top piece of bread. Repeat 4 times. Grill sandwiches until bread is golden brown and cheese is melted, flipping half way through. Then serve.
Posted by behindthebites@gmail.com