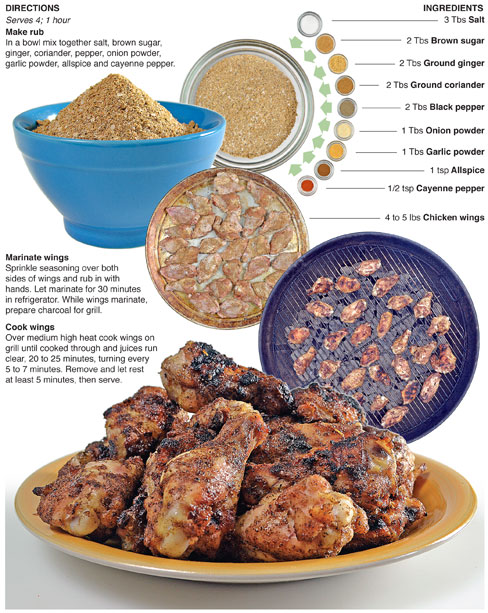 This is a past post, but I decided to share it again. It's one of my favorite preparations for wings and I can't wait to make a batch of these to devour now that the warm weather is starting to roll in. These are a must try ...

When I first moved to New York in the fall of 1997 my new neighbors from the apartment above invited me over for dinner with their family and friends. They were from the island nation of Trinidad and Tobago, a small republic off the northern coast of South America.

For this recipe, I make a dry rub for chicken wings with Caribbean flavors. It features ginger, coriander, allspice. It’s nothing like the pepper paste I tried at that dinner in New York, but it has many of the tropical island flavors I tasted for the first time as my new neighbors welcomed the “white boy from Indiana” into their community. 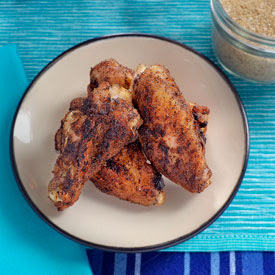 I lived in my first apartment in New York for five years. The couple who invited me to dinner moved out after the third year and I ended up getting to take-over the backyard, which I landscaped and turned into a small paradise in the middle of Queens. As soon as I moved in they let me put a charcoal grill back there, so getting to take it over for myself was the icing on the cake. It was a real luxury to have a backyard and it was there that I discovered my passion for cooking. 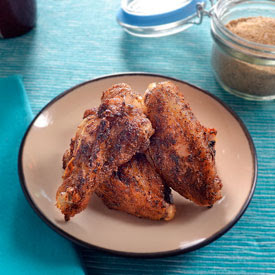 Cook wings
Over medium high heat cook wings on grill until cooked through and juices run clear, 20 to 25 minutes, turning every 5 to 7 minutes. Remove and let rest at least 5 minutes, then serve
Posted by behindthebites@gmail.com

Outstanding recipe and how-to, as usual.