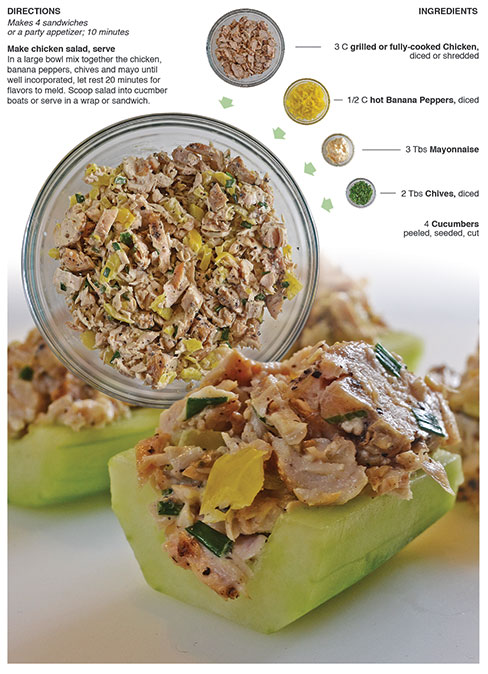 In a large bowl mix together the chicken, banana peppers, chives and mayo until well incorporated, let rest 20 minutes for flavors to meld. Scoop salad into cucumber boats or serve in a wrap or sandwich.
Posted by behindthebites@gmail.com at 2:23 PM

OK wow this looks great! I bet your Chipotle Ranch Sauce (http://www.behindthebites.com/2013/11/chipotle-ranch-sauce.html) would actually be really great with this too? I think I will also try this with with curry powder mixed into the mayo or even season the chicken with it. Oh boy, thanks for lunches for the week! This is going to be awesome in an avocado (for minimal carbs!).