Where Can a Guy Find Good Seafood in Fort Wayne, Indiana? 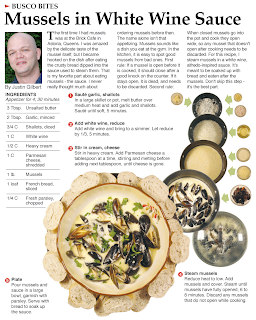 I love fresh seafood and it is very hard to find at an affordable price in the Midwest. I stumbled across a small seafood market in Fort Wayne and decided to check it out. It was a bit pricey but I couldn't pass on the fresh mussels. The monger told me he had just gotten them in that day. So I bought 2 lbs.

I decided to cook them in the morning. I left them in the plastic bag the monger had put them in for me and put them in the fridge. The next day I was disappointed to see some of the mussels had opened. After cleaning and throwing out the dead ones I was left with just over a pound.

I have never had mussels die off like this in an 18-hour period.

When I lived in New York City, the seafood was abundant and fresh, for obvious reasons, but this mussel episode is one of numerous troubles with bad seafood here in the landlocked Midwest. It seems that the only quality seafood that can be trusted is what can be caught and cleaned from the lakes around here or canned or frozen stuff from the market.

I'm going to New York in March and I think I'm going to go on a seafood binge. It's the only place I've lived where I can get seafood that I'm comfortable cooking with. I'm not just saying that as a food snob New Yorker. I have just really been frustrated by the lack of affordable, quality fresh seafood I find here in 'Busco. I've thrown away a lot of money on not-so-fresh seafood.

THE COLUMN
I'm happy with this weeks introduction and the design. I thought it was important to describe how to identify good from bad mussels and that was the main point of the intro. Seafood is hard to tell good from bad cause often it is a subtle thing. Mussels though, should be closed and alive when they are cooked and they should open wide during the cooking process.

I love the bowl I present the mussels in surrounded by the bread. It was a tasty dish to eat but looking at it made it even more appetizing. I think the photograph of the final dish represents that well!

FINAL THOUGHT
I'm going to keep looking for great, fresh and affordable seafood here in the Midwest. And when I find it, I think I'm going to throw a huge seafood party in the middle of a corn field. My Indiana readers: do you have any suggestions? Where can a guy find great fresh seafood to cook in or around Fort Wayne?
Posted by behindthebites@gmail.com

I am from Fort Wayne! I found your blog through the spotlight on taste and tell. I am loving your blog so far!